IN WHICH READERS RECEIVE SOME BEAR FACTS

Explanation: The day before yesterday was Grey Cup day in Canada. Our Saskatchewan team, The Roughriders, were victorious. They beat the Tiger Cats from Hamilton (Ontario) by 45 - 23. We had the lead early on, won the game by about half time, and turned it into a rout by the end.

Explanation 2: If you're not familiar with "Grey Cup," think of it as Canada's Superbowl. Only we play it at the end of November, not the middle of January. If we tied to play the Cup in January, the ball would likely just freeze in the air when it was thrown. Not a good idea.

Bear Fact Number Two: A long time ago, I promised you more pictures of our new den, if you were patient. I think I have tried your patience long enough. So. . . . 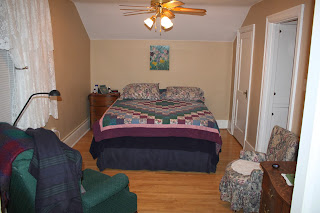 With enough closets and cupboards for the Queen of England (almost) 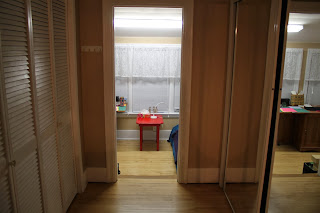 And a Solarium (all right, sun room) which is J's computer and art room, and our granddaughter's space and bed when she comes to visit. 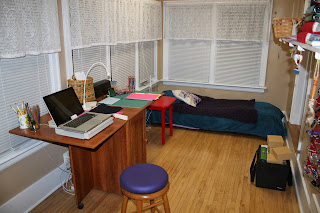 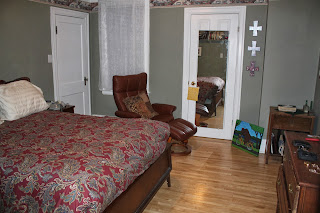 The door with the full mirror also goes into the upstairs solarium. 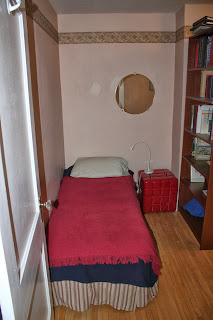 and also the Bear's study (from which I'm sending this note).


Bear Fact Number Three: I have (almost) nothing to wear. And we're into the Advent and Christmas season.

Explanation: Everything I have is either too large or too small. But I don't expect much sympathy. I've shrunk yet another size. This is definitely self-inflicted. Sigh!

I think that's about enough facts for now. More, later.

Blessings and Bear hugs, everyone.

IN WHICH BEAR PONDERS A CHANGE

Along with our change of den, some other interesting things have been happening.

This is one of them.

I have lost 23 pounds. In two months. And I don't know where they are.

Mind you, I'm not worried about them. I'm really quite happy they are not me.

As well, I am now wearing clothes two sizes smaller than in the early autumn.

And I'm not dieting!

I decided to sit down and figure this out. That's important, because I have not gone on a diet.

Lots of fruits and vegetables in my meals. Not so much meat. A few less sweets.

That does not sound like a magic formula, folks. The only things I notice are that I eat slightly smaller portions at my meals, and don't snack very much in-between. Those two things are different.

Of course, we now have a three-level house instead of a cage in a human filing cabinet. Basement, main floor, upper floor. I seem to do a lot of travelling from one place to the next; upstairs, downstairs, and back again.

Also, since this is a winter city, I'm splitting firewood and shovelling snow off the walks.

My doctor is pleased with this development (we're working together on this plan). But while there is a bit less of me to love, I'm puzzled by how this is happening. If any of you have suggestions about this development, I would love to hear from you!

Though, maybe I should just accept this as a new "fact of life," and get on with living. Yeah, that makes sense. I guess.

IN WHICH BEAR EXPLAINS THE WAY THINGS ARE

Well, yes. Finally, I get to explain what has happened.

We finished our adventuring and arrived in a different location. Which is to say we changed our den. We are not living in a human filing cabinet. Unfortunately, a post decided to send itself out before it was ready, and some souls thought I was teasing them. I wasn't. It was an error. Please excuse me.

Communications, first delayed by a computer problem, then a network problem, were delayed yet again by a power outage overnight. (These outages tend to happen with the first blizzard of the year, which arrived last night.) Your indefatigable Bear persevered through it all, even shovelling his sidewalk (with the aid of our son, and the grandkids — aka "the cubs").

So, what does this den look like? The answer: a house built in 1928, which has not been modernized (too much) by successive owners.


And what "proper" living room would be complete without  a wood fireplace?

And here's the living room looking from the solarium entrance, including the stairs to the upper floor (where the bedrooms and study are located). 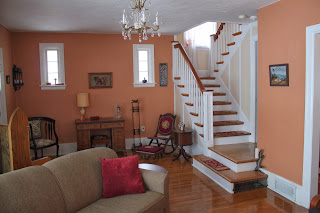 Now you may be wondering why there are no pictures taken of the outside of our new abode. Answer: I didn't want to freeze the camera. And pictures of the upper floor, and the rest of the main floor? Patience, gentle readers.

So, this is where our adventure ended. We are less than two blocks from where the cubs live, and they seem to end up here for at least part of the day, most days. Which was what we expected (or should have expected if we didn't).

As for hibernating this winter, we seem to be in a bit of a quandary. The cubs apparently have no interest in hibernating, which means we may be "up" most of the winter.  I am not sure how well that will work, because I do like my winter's rest. But, well, things have changed, so one learns to adapt.